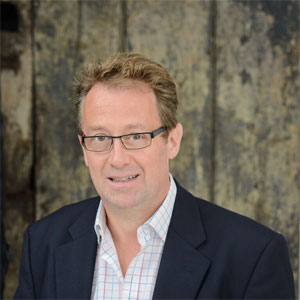 Andrew Ruffell, CEO
The rapid advancement of information technology continues to drive the growing demands of banking customers worldwide. Core Banking System providers in particular have been obliged to respond to this challenge by modernizing their system architectures and rapidly expanding their functional scope, or risk obsolescence.

As a consequence of this wave of innovation, clients are today obliged to implement, test, and deploy software changes at an ever increasing rate. This has placed considerable pressure on many banks’ IT and business resources that would normally ‘run the bank’ yet, are now required to cope with a significantly higher volume and frequency of ‘change the bank’ activities.

An enormous dependency on achieving and maintaining ‘quality’ has therefore been created within both the Core Banking System vendors and the banks. Quality is a critical success factor in this highly competitive and ‘Customer Experience’ driven environment. Vendors are struggling to deal with the demand to deliver functional and architectural innovation, while maintaining the quality and stability of their software systems. Consequently, testing has never been more important and especially the ability to efficiently conduct continuous cycles of functional and/ or regression testing and/or performance testing across the T24 application lifecycle.

“There are two conflicting delivery models that software vendors are grappling with as a result of this higher volume and frequency of software change—to ‘ship and fix,’ or to ‘fix and ship,’” informs Andrew Ruffell, CEO, The Core Banking Group (TCBG). TCBG specializes in software tools which automate the QA lifecycle for the market leading core banking system— Temenos T24™. “Vendors like Temenos are increasingly moving away from the traditional ‘annual major release’ approach and adopting a ‘continuous delivery’ model in order to address the growing volume and frequency of software changes they need to release. This includes the ongoing process of deploying fixes for software bugs internally as well as those not detected prior to client release,” illustrates Ruffell. TCBG offers a unique suite of software solutions, which today enables Temenos and participating clients to share a common automated Test Pack as it evolves throughout the application lifecycle of T24. TCBG’s solutions can be deployed rapidly ‘out-of-the-box’ which is achieved through a very tight integration that TCBG maintains with the T24 core banking application.
Ruffell states, “Our ALM Automation Suite will enable any bank that is implementing, upgrading, or simply operating T24, to automate its functional, regression, and performance testing. It also provides control over the deployment of all software code and configuration changes (which may stem from local and/or core developments) across all T24 environments and through every testing phase. This greatly reduces the manual effort, time, and cost of deploying the growing volume and frequency of software deliveries from Temenos. Temenos now operates a monthly software release model, although during implementation/upgrade, a client may even receive daily updates.

The time-to-value from using TCBG’s offerings was apparent in the recent case of a financial institution that was facing unquantified performance challenges just prior to go-live of its T24 project. “The absence of performance testing within the project prior to our involvement meant that executives had little idea of the operational stress, load, or performance capabilities of its new core banking system,” adds Ruffell.

Upon engaging with TCBG, the LoadManager™ solution was deployed ‘out-of-the-box’ to simulate the end-to-end workflows encapsulating the bank’s business processes, simulating UAT/OAT, and conducting the required testing. Even though TCBG was introduced very late in the client’s project, the company was able to engage, automate, and complete the agreed test executions on time and within budget, enabling the bank to go-live. TCBG's products enable clients to unlock the constant flow of powerful new banking functionality available from Temenos, thus accelerating their return on investment in Core Banking technology,” concludes Ruffell. 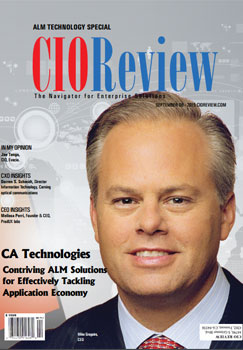